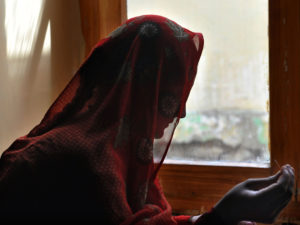 In the contemporary diasporic landscape a key issue of contention for the Sikh community concerning the Muslim community appears to lie in the phenomenon of ‘forced’ conversions. This Islamophobic narrative has a specific diasporic context in which previous historical conflicts have been re-articulated to crystallise the notion of the Muslim ‘enemy’.

The ‘forced’ conversions narrative tells the story of Muslim ‘predatory’ men aggressively targeting ‘vulnerable’ Sikh girls into Islam. Sikh females are central in this tale as they appear embody the integrity of the Sikh community.

This story appears to be at the very centre around which contemporary Sikh and Muslim conflict has been articulated. My research has identified that within these accounts that (apparently) the basic stages of ‘forced’ conversion include the following:

Despite the absence of police (or other evidence) to support such claims this narrative continues to circulate across Sikh circles, with a greater prominence in the British context. The ‘forced’ conversions narrative is a script with friends and enemies; it is the story of ‘brave and courageous’ Sikhs trying to save ‘their girls’ from the ‘Muslim oppressor’ whose only agenda is to coercively convert through means of trickery, lies, deceit and manipulation (Sian: 2010). It is a tale that has been reproduced to fix a sense of fear within the Sikh community, and through the image of the Muslim ‘enemy’ historical accounts of Muslims attacking Sikhs become legitimized in contemporary times. 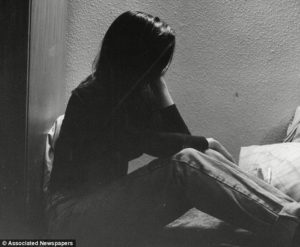 My interview respondents in the USA, Canada and Britain, were all well aware of the ‘forced’ conversions narrative circulating in the Sikh community, however interestingly those in the USA and Canada had only come across these stories through British outlets. Many also pointed to the authenticity of these accounts and were critical of the Islamophobic and patriarchal themes running throughout the ‘forced’ conversions narrative, for example as one respondent says:

“I find these stories disturbing on many levels. On the one hand they’re very Islamophobic, and on the other, they’re really patriarchal. It’s like there’s some sort of ownership of ‘our’ women in the community, which seems to deny Sikh women any sense of agency…Even if girls are converting, the story makes them out to be these passive easily duped people… It’s really interesting to understand how these rumours have spread, how did they get going and take hold of the community?” (Interview 7, Canada, 2014).

Similarly another participant from Canada raises concerns around what purpose these stories actually serve for the Sikh community:

“I heard a lot about the forced conversions stuff in the UK having grown up there, I don’t think it’s as strong as a debate here in Canada as it is there (in the UK), but I certainly think that it plays out… I fundamentally think that it’s an older suspicion that’s carried through and been justified in the contemporary era…I do think this story gets a lot of media play particularly in the UK, and I wonder why it gets so much media play when I think empirically the cases around this are very small, if they even exist at all” (Interview 6, Canada, 2014)

This same sentiment was echoed in the context of the USA, whereby the next respondent critiques the validity of the ‘forced’ conversions narratives:

“I’ve been hearing about forced conversions for 20 years, not in the USA though. I haven’t even really heard palatable evidence- I’ve heard mostly just rumours from the UK- I haven’t seen anything real. I mean how do you forcibly convert somebody? In terms of conversion, Sikhs if anything are going to assimilate to the majority, or to agnosticism, that’s much more common you know, Sikhs not coming to Gurdwara for example” (Interview 3, USA, 2014).

The next response is perhaps more disturbing, in that we hear from these particular reflections the way in which Sikhs from the UK, appear to be spreading fear by attending Sikh camps in the USA to warn them about the Muslim ‘threat.’ As my research has highlighted, many of these stories are simply based upon hearsay, and many of my respondents were aware that there was very little evidence to support these accounts. Yet as seen in the following interview, it appears that these Islamophobic stories are still being pushed by members from the British Sikh community to spread tension and fear across the global Sikh diaspora:

“In my community and at my Sikh camp, Sikhs from England came to give us some talks at the camp, and they’d talk about how people (Muslims) in England try to convert Sikh girls, and take their identity. But here in America I feel like its not that bad as it is in England…here Muslims understand who Sikhs are and everyone respects each other more, so when we heard about this stuff going on in England we were so shocked. They told us stories of people (Muslims) putting a date rape drug in the (Sikh) girls drink, or blackmailing her. But here I don’t think anything like that happens, I’ve never heard or read anything like that happen. I mean hearing those things from England made me scared and it made my mom scared too, and she was like, ‘stay away from Muslims because look what they do to Sikhs girls in England.’ A lot of the older generations in America are aware of this story because the Sikhs that came from England reached out to the community about this” (Interview 1, USA, 2014).

In terms of responses from the UK, once again we are presented with my interviewees knowing the story, but never personally encountering or witnessing it in reality, which really raises issues surrounding the reliability and validity of such stories:

“I’ve never ever witnessed this forced conversions stuff myself when I was at university, nor do I know of anyone that it’s happened to, but I’ve heard the story going around… it’s something you always hear about, and then because you hear it sometimes you start thinking well is it true, is it not, I don’t know? (Interview 8, UK, 2015).

The fear mongering nature of ‘forced’ conversions and the inherent Islamophobia of these tales was expressed by another respondent in the UK:

“I think the whole forced conversions stuff sounds so insane and over the top. The authenticity of these things is always questionable. I feel like a lot of it is fear mongering; there’s certainly a sense of Islamophobia throughout these cases” (Interview 10, UK, 2016). 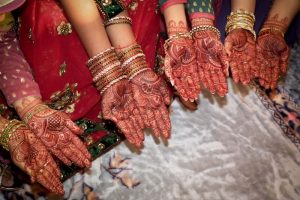 The ‘forced’ conversions narrative is a tale that has been told and retold in the Sikh community. It is a story to be found on many Sikh websites and organizational literature, as well as in right-wing literature. These accounts remain perplexing for several reasons; first, they appear to accept that ‘forced’ conversions are happening in the absence of any evidence. Secondly although the authenticity of many of these accounts is questionable, as they appear to be based entirely upon hearsay, they still remain central in dominant Sikh discourse. The ‘forced’ conversions narrative is dangerous, inflammatory and Islamophobic. My interview respondents have all expressed the way in which these stories work to divide Sikhs and Muslims, thus they must be approached with a great deal of caution. Many of these accounts appear to be based on false flag propaganda in which such material is often fabricated for far right Anti-Muslim groups. Sikhs and Muslims must stand united to resist and challenge these campaigns that attempt to divide the communities through a politics of fear and Islamophobia (Sian 2010, 2012, 2013).

Misused Trust: A story of Islamophobia, patriarchy and vigilantism

The Grooming We Can’t Hide From (June 2012) The Platform: UK