Sikhs and Muslims have a shared Punjabi history and heritage, which has been complex, rich, and textured. The various tensions circulating in the diaspora can be overcome and challenged, perhaps this is more so necessary a task in current times which have witnessed the intensification of violent racism and Islamophobia affecting both communities.

My research continues to be committed to challenging Sikh and Muslim tensions, Islamophobia and racism. As my work in this area continues to develop I aim to: 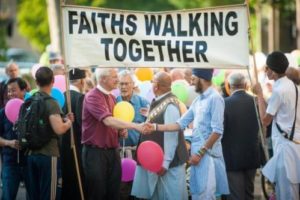 Nelson Mandela once famously said that, “education is the most powerful weapon which you can use to change the world.”

Through continued education and critical knowledge, Sikh and Muslim communities can move beyond tensions and hostilities as they embrace, and learn, the value and significance of the shared bonds which continue to connect the communities past, present, and future.